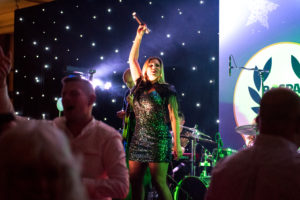 GlitterBang! were selected to show off the Millenium Gloucester Hotel in Kensington this summer, providing the sonic backdrop to a party totally dedicated to those dreaded Millenials! 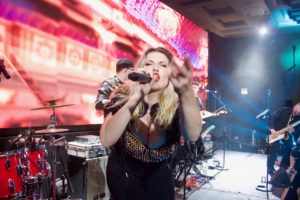 The hotel requested a setlist of songs from 2000-2010 – a funny few years in music.  GlitterBang! stood and delivered a tasty selection of Avril Lavigne, Kelly Clarkson, Blink 182, Shaggy and Ricky Martin to name a few!

A hge thanks to Millenium Gloucester Hotel for having us and Prime Time Audio for the great AV production.

GlitterBang! have some sparky as hell new outfits! 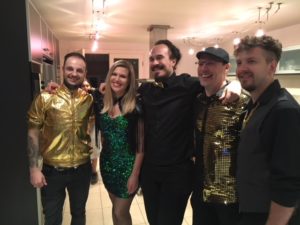 Pictured here after a private 60th Birthday Party in Watford, GlitterBang! decided on their gold and green ensembles for the event, which had all guests dressing completely in white. Once again, great feedback from the hosts, Pankaj and Rohini. Watch the video below for some insider action on how our parties look like!